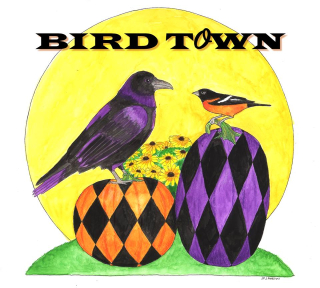 ...the Lord has assigned to each his task. I planted the seed, Apollos watered it, but God has been making it grow... The one who plants and the one who waters have one purpose, and they will each be rewarded according to their own labor. For we are co-workers in God’s service; - 1 Corinthians 3:5-9

While I never really participated in team sports, I did spend a lot of time watching everything from the Orioles and Ravens to the Olympics and World Cup Soccer. What fascinated me most about sports was the idea of teamwork. In school gym class, the emphasis was always on winning, and many aggressive boys made me feel ‘less than’ for not competing well, or for quoting the rules. Personally, I rarely experienced teamwork and that sense of everyone working together to succeed.

By the time my kids were old enough to participate in organized sports, I was hesitant to subject them to that kind of pressure and ridicule. To my surprise and relief, the emphasis of most of these leagues was on building skills and working together as a team. I know that there is much scorn from many people of a ‘certain age’ over the liberal handing out of Participation Awards. But I ask you, is that not the proper thing to reward?

In every sport, league or championship there can only be one winner. It’s very tempting to think that the winners won because they were ‘better,’ or worked harder, or ‘wanted it more.’ But is that really true? Consider Matthew Stafford. He was the quarterback for the Detroit Lions for 11 years. For most of those years his team finished near the bottom of the standings. Was that because he was a mediocre player? Well, let’s ask his teammates on the Superbowl Champion LA Rams. Stafford started his first season with the Rams and took them to the Superbowl and won it.

I’ve been thinking about this a lot watching our Baltimore Ravens this year. We’ve had two stunning losses where we played outstanding football for 3 quarters and then allowed the trailing team to come back and defeat us. In those games, our quarterback, Lamar Jackson, put up record-breaking stats in passing and rushing that got him named the AFC Player of the Month in September. You can do your best and be one of the best in your position and still have a losing season.

The opposite is also true. Sometimes you are just in the right place at the right time. Joe Flacco was the rookie third string quarterback when injuries and illness made him the only QB left. He stepped on the field, rose to the occasion and became the franchise quarterback, ultimately winning a Superbowl. Similarly, Mark Andrews, an outstanding Tight End, got national attention last year for a record-breaking number of receptions and touchdowns. He was in that position because injuries decimated the receiving squad. He became ‘the’ guy because he was the only guy. You can be the star player even on the worst team.

Meanwhile, the ‘Monday Morning Quarterbacks’ will be on TV, radio and social media explaining how your season is over, calling for your job, saying you were always overrated…or lauding your skill, proclaiming your future Hall of Fame status and comparing you to the GOATs (greatest of all time.)

This is our Christian walk. We have a Great, Almighty Coach who has given us a position to play and the talent to do it well. He has placed us in a team and asked us to work together to put up ‘W’s’ for Jesus. The devil is always right there to criticize our performance. He wants to rip us apart for ratings. But our Coach reminds us that LITERALLY, “it’s not whether you win or lose, it’s how you play the game.” Coach is also fond of saying He doesn’t so much need super-talented players, just players who SHOW UP and do the work (the Participation Award). He wants players who are teachable and hard-working. He doesn’t need prima donnas who whine when they don’t get enough opportunities to shine. He knows that it will take everyone unselfishly doing their best in their positions to have a winning season. Receivers can’t catch a ball that the Quarterback never throws because the Offensive Line let him get sacked. The Defense and Special Teams can all score points.

Teamwork DOES make the dream work! Not for the fleeting glory of a fickle public, but for God, our Great Coach. Don’t worry about trying to be Aaron Rodgers or Mark Andrews…or Billy Graham or Mother Teresa…just concentrate on being the very best YOU you can be - right now, right where you are. “Whatever work you do, do it with all your heart. Do it for the Lord and not for men.” Colossians 3:23. When you’re working together for the Lord, it’s always a winning season!