Amazing Love
Knit Together by Strong Ties of Love 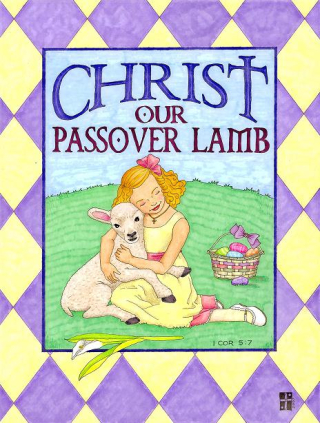 7 Get rid of the old yeast, so that you may be a new unleavened batch—as you really are. For Christ, our Passover lamb, has been sacrificed. 8 Therefore let us keep the Festival, not with the old bread leavened with malice and wickedness, but with the unleavened bread of sincerity and truth.

I love literary symbolism and our Bible is chock full of it. My favorite is the ‘type,’ a literary prefiguring where a person or story serves as a metaphorical prefigure of another that is to come later. There are so many, and that’s what amazes me: thousands of years in the past Christ was hinted at by so many stories in the Old Testament.

In Sunday School we just learned about the first Passover. Passover is such a ‘hint’ at what God was preparing with the Messiah and Easter that in hindsight, it’s almost impossible to miss. But I’ll hit some highlights to show just how much of an unbroken line there is from Moses and the Hebrews to us today.

There’s plenty more that could be said about the symbolism and similarity between Passover and Easter. In fact, a whole study could and probably has been done on it. For me, it all highlights just how almighty God actually is in planning and spanning thousands of years of human history, weaving together people and events to bring about His good and perfect will for us. He is so much bigger than we could ever dare to imagine. He knows and loves each one of us intimately and personally and yet can hold the universe together at the vastest and most microscopic levels. He is an amazing, awesome God.

Father God, I am in awe of You. You have performed wonders, brought about miracles, woven together history, and yet are still concerned about me. I am humbled. Help me to share Your Awe with others. Make me an Easter Person who keeps the miracle of reconciliation and resurrection in my heart and on my mind always.

Easter blessings to you,